This blogpost also appears on the People’s Heritage Co-operative website.

The result of their hard work is 11 remarkable interviews with a range of people discussing their own experiences and the experiences of relatives in some of the major conflicts of the 20th Century.  From shelling in the trenches of The Somme to the shelling of Hartlepool, patrolling the Suez Canal to holding the line in Korea, back to the UK to the aftermath of conflict in people’s daily lives, including the reality of medical care, the interviews are eye-opening and frank.

Students took on a massive responsibility in helping interviewees share their often harrowing experiences.  Special thanks must go to staff at Swanshurst School and to former teacher, Doug Smith, who facilitated the project and who organises the school’s annual ‘Veteran’s Day’.  Thanks also to Veterans, School Staff and Lt Col. Steve Jeffery who were so forthcoming and generous in their interviews.

The quality of these interviews really does speak volumes about the maturity and sensitivity of pupils who were only born in the 21st Century.  They are ensuring the the lessons from previous generations are passed on.  And in a world that feels in a state of flux, what could be more important than that? 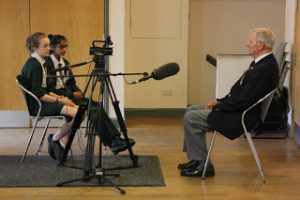 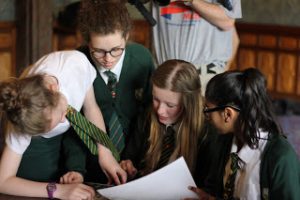 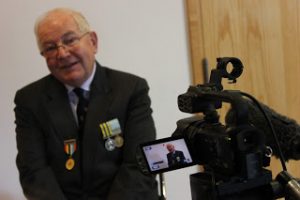