…all of which are linked and make perfect sense when making films with a talented, and very witty, bunch of young people!

Recently I’ve been working with the ‘Woodcraft Pioneers’ in Kings Heath, helping them to make a series of short films. Our starting point was that the group love a decent debate, so we decided to make it light-hearted by giving them some statements to defend through a short film.

We started off doing some basic film-making sessions, looking at how to use equipment and how to conduct interviews. Then it was over to the Pioneers to storyboard and script their own films.  A few highlights of filming included brawling babies, stalking ducks and a mass protest in the middle of Kings Heath Park.

So, a few weeks ago we screened the Premiere of our films, loosely based on the statements: ‘All babies should be taught to ice-skate – just in case’, ‘Comic Sans is the best font’, ‘All money should be replaced with baked goods’ and ‘Ducks are the most evil animal’. Unfortunately (as with most work I do with young people) I can’t share the films online, but hopefully these images give you a flavour of what has been a really enjoyable, if highly surreal, project!

Huge thanks is due to the fantastic volunteers who run the Woodcraft Folk group, a band of very creative, enthusiastic and supportive parents. 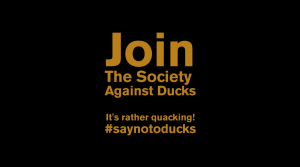 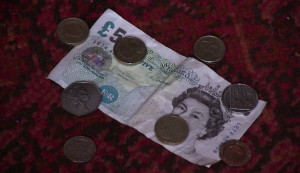 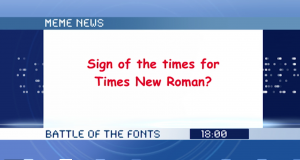 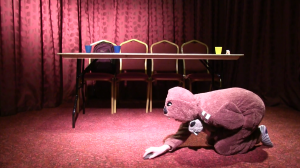